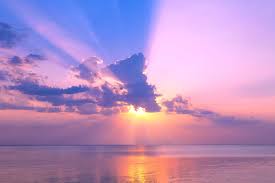 A Prophetic word for the coming Season (Part 1)

Our Ministry Theme for the year 2014 – Who has heard such a thing? Who has seen such things?

We read in Isaiah 66:6-8, “The sound of noise from the city! A voice from the temple! The voice of the Lord, Who fully repays His enemies! v.7, “Before she was in labour, she gave birth; before her pain came, She delivered a male child. v.8, Who has heard such a thing? Who has seen such things? Shall the earth be made to give birth in one day? Or shall a nation be born at once? For as soon as Zion was in labor, She gave birth to her children.”

There is a voice arising within the Church of our Lord Jesus Christ, as prophesied by Isaiah, the day of victory, deliverance and joy over the enemies of God and His church.

There is a new sound coming from God’s people of victory, over lost sons and daughters and over family members. The Lord spoke to me during the year and said, tell my people, “your sons and daughters are returning home.” Many families, for many years have believed for their children to come back to the Lord. We are seeing this as a season where many families are being reconciled to one another and to the Lord – they are returning home from a season in the wilderness. We read in Acts 16:31 “Believe on the Lord Jesus Christ, and you will be saved (salvation, deliverance and healing), you and your household (this includes your children).”

There is a voice of authority rising within the Church in the preaching of God’s Word followed by a manifestation of God’s power. We hear a victory sound in the worship and it is a call for us to join our voices in unity, as we are all part of that one choir, a warfare sound. The promise of Romans 8:37, “more than conquerors through Him who loved us” is ours.

This prophecy is a metaphor of birth without travail. The example of sudden increase in childbirth portrays God’s promised increase, to be born without the normal delays, the sudden increase of numbers in the church, the new birthing of a generation with unwavering faith in God. A revived people who have a different spirit within His Church. We are seeing the start of “The Glorious Church” arise.

As we read in Ephesians 5:27 “that He might present her to Himself a glorious church, not having spot or wrinkle or any such thing, but that she should be holy and without blemish.”

As we look beyond the pain and sacrifice of decades before of labour to see the joy of an increased harvest of new babes in Christ.

This is a season where a birthing will take place, if we are open to repentance then deliverance will come as we seek the Lord in prayer – a sudden awareness without the travail, as in past years.

The Word of God has been sown, and it is time to reap the fruit of harvest for lost souls. As in Acts 2, the gospel was preached and three thousand were converted in a single day. This also applies to the spread of the gospel to pagan lands and we look with faith to the rapid propagation of Christian faith, a suddenly, where we see an instantaneous change in us, His church, we appear different because we know we are His ambassadors and we begin to see the sudden increase of the birthing of a kingdom. “Behold, I say to you, lift up your eyes and look at the fields, for they are already white for harvest!” (John 4:35)

We are living in a time where the eyes of our understanding are being enlightened to perceive the Kingdom of God. An entering in that would normally be impossible unless God opens our eyes to see His kingdom come, by spiritual revelation from above. “Jesus answered and said to him, most assuredly, I say to you, unless one is born again he cannot see the kingdom of God.” (John 3: 3) NKJV

I say rejoice all God’s people for this is a time of deliverance, victory, and vindication that has come! As it says in Acts 2:17, “And it shall come to pass in the last days, says God, That I will pour out of My Spirit on all flesh….” That God’s people should in an instant ‘come into maturity’. “Till we all come to the unity of the faith and of the knowledge of the Son of God, to a perfect man, to the measure of the stature of the fullness of Christ;” (Ephesians 4:13)

Yes, can a nation be born again in one day, a suddenly of God?

Who has heard such a thing? Who has seen such things?

We read in Acts 12: 7,8 (NIV) about Peter chained up in jail, and the Angel arrives: “Suddenly an angel of the Lord appeared and a light shone in the cell. He struck Peter on the side and woke him up. “Quick, get up!” he said, and the chains fell off Peter’s wrists. 8 Then the angel said to him “Put on your clothes and sandals.” And Peter did so. “Wrap your cloak around you and follow me,” the angel told him.”

Have we been asleep, and need waking up? We have been sleep- walking. As Paul declares in Ephesians 5:14 “Awake you who sleep…”

We, like the early Church, have been waiting expectantly for God to move on certain things; and we have been standing on God’s promises, awaiting the manifestation of these possibilities for many

decades! Here God moved suddenly and broke Peter out of jail. This will be the same for many who have been caught up in prison; the day of their deliverance is at hand. It was so sudden that the church was still praying when Peter was knocking on the door.

The Lord is saying to us: “Behold, I stand at the door and knock. If anyone hears My voice and opens the door, I will come in to him and dine with him, and he with Me. (Revelations 3:20). This suddenly was so overwhelming for Rhoda that she could not even open the door for Peter. She could not comprehend that God had heard their prayers and it was indeed Peter before her at the door.

“When she (Rhoda) recognized Peter’s voice, because of her gladness she did not open the gate, but ran in and announced that Peter stood before the gate. 15 But they said to her, “You are beside yourself!” Yet she kept insisting that it was so. So they said, “It is his angel.”

Rhoda proclaimed, ‘I’m telling you all, Peter is at the door!’ They responded and said, ‘Rhoda, you are irrational! How can Peter be outside when we are here praying for him? Are you going crazy?’ Due to their unbelief, and oftentimes our unbelief when we pray, they/we do not actually see God’s present time of visitation.

If we do not have a higher expectation of faith in the years ahead, we will miss the ‘suddenly(s)’ of God. We are to envisage God moving on our behalf when we ask and pray. This is a season for those called as watchmen to be present at their posts – those who are called to pray for all believers, and for the church that many suddenly(s) will manifest. “…I have set watchmen; all the day and all the night they shall never be silent. You who put the Lord in remembrance, take no rest,“ (Isaiah 62:6) ESV

The Hebrew word, (Strong’s)‘pithom’ (pith-ome) for “suddenly” means: “instantly; straightway; in a wink of an eye; quickly or unexpectedly.”

According to Merriam-Webster’s Dictionary: ‘straightway’ means: “in a direct course.” As in Acts 12:7 “Suddenly an angel of the Lord appeared and a light shone in the cell…..”

As we petition and pray and declare the promises and come into agreement with God’s Word and promises, we are putting our requests in a direct course with God! When our faith in God is set in motion we should expect an encounter with Almighty God that releases answers

and confirms the very thing we have believed Him for. Jesus said to His disciple (and to us) pray this way: “Our father in heaven Hallowed be Your name. Your kingdom come. Your will be done on earth as it is in heaven.” (Luke 11:2)

We need to allow the Lord to increase our faith in the years ahead to be able to receive an increased capacity for more faith, to believe for things we have never even thought or imaged according to the power that is at work in us. God’s power and love has no limits. As Christians we must learn not to put limits on our relationship with Him. We should be pursuing deeper intimacy, more of His knowledge and relationship in our lives. We are to have a greater experience of His abiding liberty in our lives, yet we seem to consistently settle for ordinariness in our spiritual lives. Let’s believe our Father for more power to love, for His anointing to increase our effectiveness to build His kingdom, to encourage more people to find our Lord and Saviour.

Let us prophesy His will and build His church, as we commit ourselves to His obedient call. We will then find that we are moving in the direction of His will in these last days. As we read in 1 Corinthians 14:24, 25 “But if all prophesy, and an unbeliever or an uninformed person comes in, he is convinced by all, he is convicted by all. 25 And thus the secrets of his heart are revealed; and so, falling down on his face, he will worship God and report that God is truly among you.”

The Part Two of this article will cover some of the certain signs and pointers that indicate His coming is approaching. The words of Jesus in Matthew 24:13 says, “Watch therefore, for you know neither the day nor the hour in which the son of Man is coming.” Jesus began His sentence with a command, “Watch.” The challenge the Lord gives us is to be constantly and eagerly waiting for His return. Therefore, our duty is twofold: to prepare ourselves for His coming, so that the Lord will receive a bride without “spot or wrinkle” (Ephesians 5:27) and to “do business” until He returns, so that the kingdom of God is preserved and extends on the Earth (Luke 19:11-27). Let us be about our Father’s business, live in expectation of the Master’s return and be done with idle speculation or superstitious date setting regarding the time of His coming.

I heard a Cry for the Unreached People in the Nation