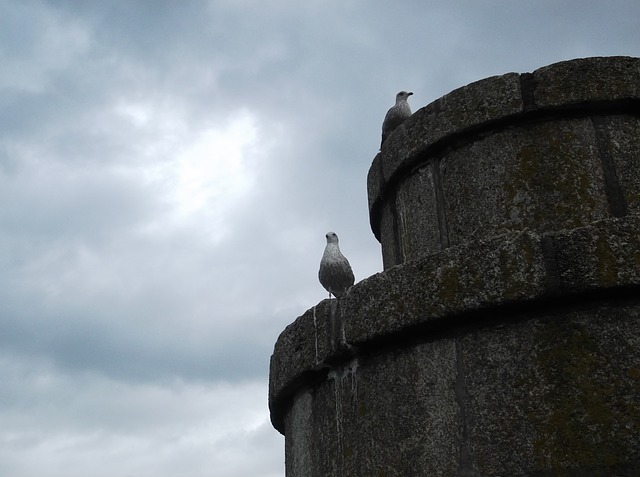 We are seeing a setting in place of intercessors and prayer warriors in the nation. Men and women are being positioned and set as strategic watchmen. They are looking and listening and are being made ready to sound an alarm, to prepare us for the coming of the Lord and the beginning of birth pains; the end is still to come.

We read in Isaiah 62:6-7(NKJV) “I have set watchmen on your walls, O Jerusalem; they shall never hold their peace day or night. You who make mention of the LORD, do not keep silent, And give Him no rest till He establishes and till He makes Jerusalem a praise in the earth.”

From my observations, over the last approximate three to five years, while traveling around the nation of New Zealand, I’m seeing a rise to the commitment to pray regularly and for extended times of prayer in the Church.
Believers are seeking God in prayer and desiring a closer intimacy with God sustained by more prayer. Much of the prayer has been about the unity of the Body of Christ and through this intentional corporate prayer to believe for the blessing available to the Church as a united Body.

Further watchmen are rising at this time; those who are seeing the urgency for prayer against the current ungodly world system that is in great need of prayer. The desperate cry for the spiritual welfare of the nation and the urgent reminder from God to remember His promises for New Zealand. We read in Isaiah 62:6 (CJB) – “I have posted watchmen…. do not keep silent”.

What is God requiring of His courageous watchmen for the Nation?

The Bible refers to these watchmen as guards responsible for protecting cities, towns, the church and key strategic places from any surprise enemy attacks and other potential disasters. Their job is to keep watch, warn the inhabitants of impending dangerous threats and not to be silent.

The Bible talks about Watchmen as prophets that God has appointed as spiritual watchmen over the souls of His people: Ezekiel 33:7 “So you, son of man: I have made you a watchman for the house of Israel; therefore you shall hear a word from My mouth and warn them for Me.”

The prophets’ role as a watchman is to:

These watchmen are also urging the Body of Christ to see the big picture in that this is the time of the harvest for humanity. They are to watch over the promised harvest because the enemy would want to steal the abundance of our harvest that we have labored for over many years.

Jesus encourages His disciples to have foresight regarding the harvest of souls. In John 4:35 we read, ‘Do you not say, “There are still four months and then comes the harvest’? Behold, I say to you, lift up your eyes and look at the fields, for they are already white for harvest!”’

Behold the watchmen must see the fields are ready for the harvest. We have a “kairos” time on our watch – meaning: the right, critical, or opportune moment for the harvest of souls presently in the nation of New Zealand.

The watchmen in the New Testament have a role to “keep alert” and “awake”, “to watch” and “take heed”. The Greek word for Watchmen is “gregorea” which means: “to watch and remain awake”. Today we cannot neglect the fact that spiritual darkness is all around us. Here is a warning for us as we approach the year 2020, we read in Exodus 20:20 And Moses said to the people, “Do not fear; for God has come to test you, and that His fear may be before you, so that you may not sin.”

We read the warning from Jesus prophecy of the end times before His second coming. He tells His disciples then, and for us now, to watch. Jesus repeats the word watch four times through His prayer.

As we read in Mark 13: 32-37 “But of that day and hour no one knows, not even the angels in heaven, nor the Son, but only the Father. Take heed, watch and pray, for you do not know when the time is. It is like a man going to a far country, who left his house and gave authority to his servants, and to each his work, and commanded the doorkeeper to watch. Watch therefore, for you do not know when the master of the house is coming—in the evening, at midnight, at the crowing of the rooster, or in the morning — lest, coming suddenly, he find you sleeping. And what I say to you, I say to all: Watch!”

Jesus informs us that His house shall be called a house of prayer.

When Jesus Christ came into Jerusalem He did not go up to the court or to the Palace, though He came in as a King, but into the temple, for His kingdom is spiritual and not of this world. It is the holy things that He rules.

Jesus exercises authority in His temple.

The great Redeemer becomes the great Reformer that turns ungodliness out of His house of prayer. When Jesus opened His ministry there was a similar act in (John 2:13–25). Now, three years later, the temple was defiled again by the “religious business” of the leaders.

We read in Matthew 21: 12 “Then Jesus went into the temple of God and drove out all those who bought and sold in the temple, and overturned the tables of the money changers and the seats of those who sold doves.”

We are hearing the Spirit of God repeat this Scripture to His Church today. Jesus said in Matthew 21:13 “And He said to them, “It is written, ‘My house shall be called a house of prayer,’ but you have made it a ‘den of thieves.”

When Jesus called the temple “My house,” He was affirming that He is God and the owner of the Temple. When He called it “My house of prayer,” He was quoting Isaiah 56:7.

The entire Chapter fifty-six of Isaiah denounces the unfaithful leaders of Israel. The phrase “den of robbers” comes from (Jeremiah 7:11) and is part of a long sermon that Jeremiah delivered in the gate of the temple, rebuking the people for the same sins that Jesus saw and judged in His day.

Jesus called those in the temple, who were robbing the people of their true spiritual blessing, “a den of thieves”? A den is a place where thieves hide. The religious leaders and some of the people were using the temple to cover up their sins.

What does God want in His house?

God wants prayer among His people (1 Timothy 2:1) because true prayer is evidence of our dependence on God and our faith in His Word and in His power. He also wants people helped (Matthew 21:14).

The needy should feel welcome and should find the kind of spiritual help they need. There should be power in God’s house, the power of God working to change people.

Praise is another feature of God’s house (Matthew 21:15–16). Here Jesus quoted from (Psalm 8:2) and reveals to us a great secret. Perfected praise will produce strength!

The Gift of Miraculous Works

The Fear of God